Magma–sediment interaction during the emplacement of syn-sedimentary silicic and mafic intrusions and lavas into and onto Triassic strata (Circum-Rhodope Belt, northern Greece)

Abstract: Within the Circum-Rhodope Belt in northern Greece, Middle Triassic neritic carbonate metasediments are locally intercalated with quartz-feldspar-phyric metarhyolites. In the same belt, Upper Triassic pelagic lime-marl-layered metasediments are similarly intercalated with low-grade metamorphosed basalt, dolerite and minor andesite and trachydacite. We interpret these sequences as due to magmatism active during the rifting event that eventually led to the opening of the Vardar Ocean. Despite the overprint of Late Jurassic deformation and low greenschist metamorphism, peperitic textures produced by magma–wet sediment interaction are well preserved at the contacts between the silicic volcanic rocks and the originally wet unconsolidated neritic carbonate sediments, suggesting contemporaneous magmatism and sedimentation. The mafic and intermediate volcanic rocks lack peperitic textures at their contacts with the pelagic sedimentary rocks. Thin margin parallel banding in the sedimentary members of the sequence indicates thermally affected original contacts with the mafic volcanic rocks only locally and at a microscopic scale. The absence of peperite in this case is attributed to the consolidated state of the sediments at the time of the mafic magma emplacement. 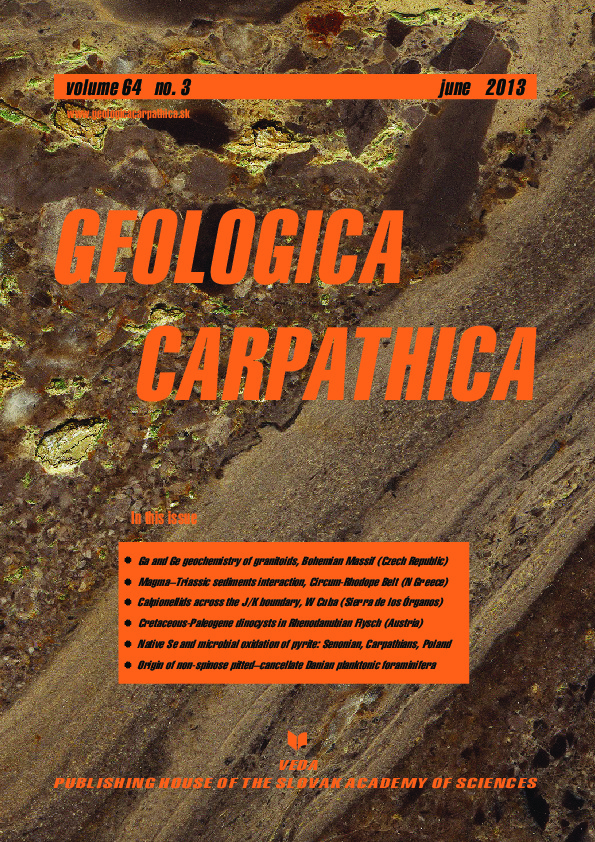