Abstract: Glaciolimnic deposits sampled from three sedimentation reservoirs located on the Sepopolska Plain (north-eastern Poland) were investigated. The material under study was deposited in the recession phase of the Pomeranian phase of Vistula (Weichselian) glaciation. The clay fraction was separated by centrifugation after preparation according to Jackson. Mineralogical investigations were done by X-ray diffraction. The analysed deposits had a similar complex composition of clay minerals. The main components were illites mixed with the illite/smectite mineral with percentages <10 % S. Another part were minerals of the illite/smectite type which had differentiated content of smectite layers (mainly 80–90 % S). There were also chlorite minerals, probably as mixed layer minerals of the chlorite/vermiculite type or HIV with a negligible amount of chlorite layers. The results indicated that all the deposits were of the same age as well as similar deposited material and the samples are different from typical Pomeranian till and typical limnic material of the same age. Small differences observed among the deposits of specific sedimentation reservoirs were probably the result of later processes. 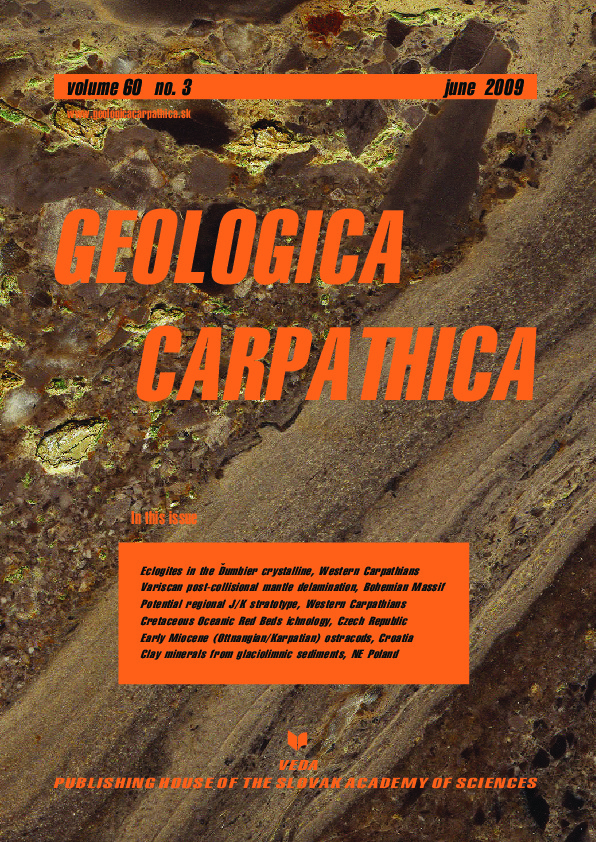