Abstract: The newly-defined seismogenic zones in the Alpine-Carpathian-Pannonian (ALCAPA) junction area are correlated with: (1) paleoalpine deep-seated suture zones, either oceanic or intracontinental, (2) neoalpine wrench-fault zones following some sutures, and (3) original thrust planes reactivated as low-angle extensional normal faults. 1–The principal West-Carpathian paleoalpine sutures, from north to south, are: the Penninic-Vahic oceanic suture originated during the Late Cretaceous, the Certovica intracontinental suture between the Tatric and Veporic thick-skinned sheets locked some 90 Ma ago, and the Meliatic oceanic suture formed in the Late Jurassic, closely related to the Igal-Bükk zone. These suture zones were partly reactivated during the Late Tertiary and represent weakened zones in the modern upper crust. Concentration of important earthquake epicenters correlates well with these weakened belts which serves as a base for the new seismogenic model of the area. 2–The most important wrench fault zone is situated between the Eastern Alps and Western Carpathians. It reflects the Miocene extrusion of the ALCAPA lithospheric fragment from the Alpine domain as its northwestern boundary. The NE-SW trending wrench fault zone is represented by the Mur-Mürz-Leitha and Povazie fault systems. The zone is well expressed by flower structures in many seismic lines. 3– The Miocene back-arc extension driven by the subduction pull in front of the Carpathian orogen and mantle updoming in the Pannonian domain reactivated original paleoalpine thrusts as crustal detachment planes. In the Danube Basin area, these are accompanied by numerous important faults visible in seismic sections, e.g. the Repce, Raba, Sladkovicovo and Mojmirovce fault systems. the extension regime consequences of the core-mountains uplift during isostatic inversion from the Pliocene are visible in seismic section 2T – along the Certovica zone as a strong reflector branches. They represent former suture rejuvenated into younger low angle normal faults. 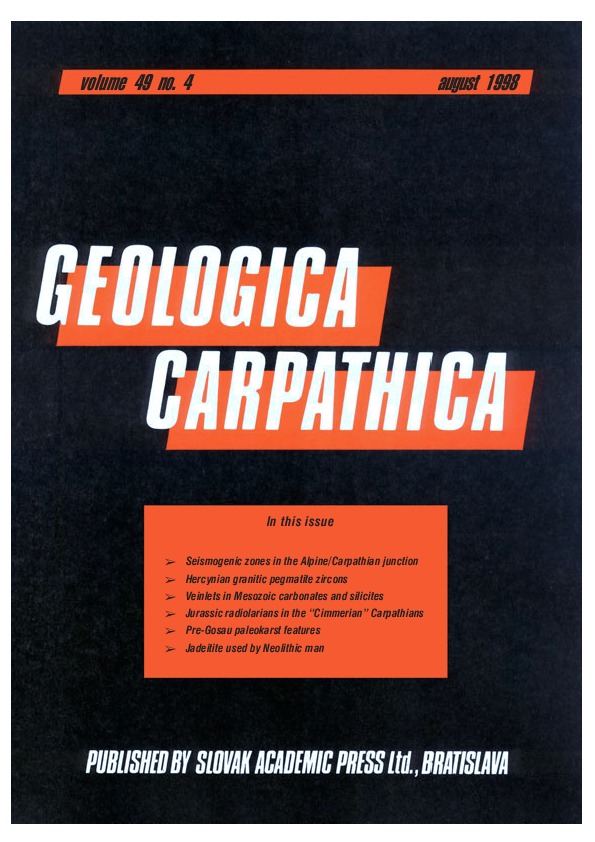